Fairytale of a Stool

This is a little fairytale of a stool. The stool was very sad and lonely. He was a bit limp, and he was sure that no-one thought he was pretty. Then along came a nice young lady, who looked at him, and said: 'underneath all the burden you carry, you must be a pretty young man', and she carried him under her arm up the stairs. This was what he looked like when he came in: 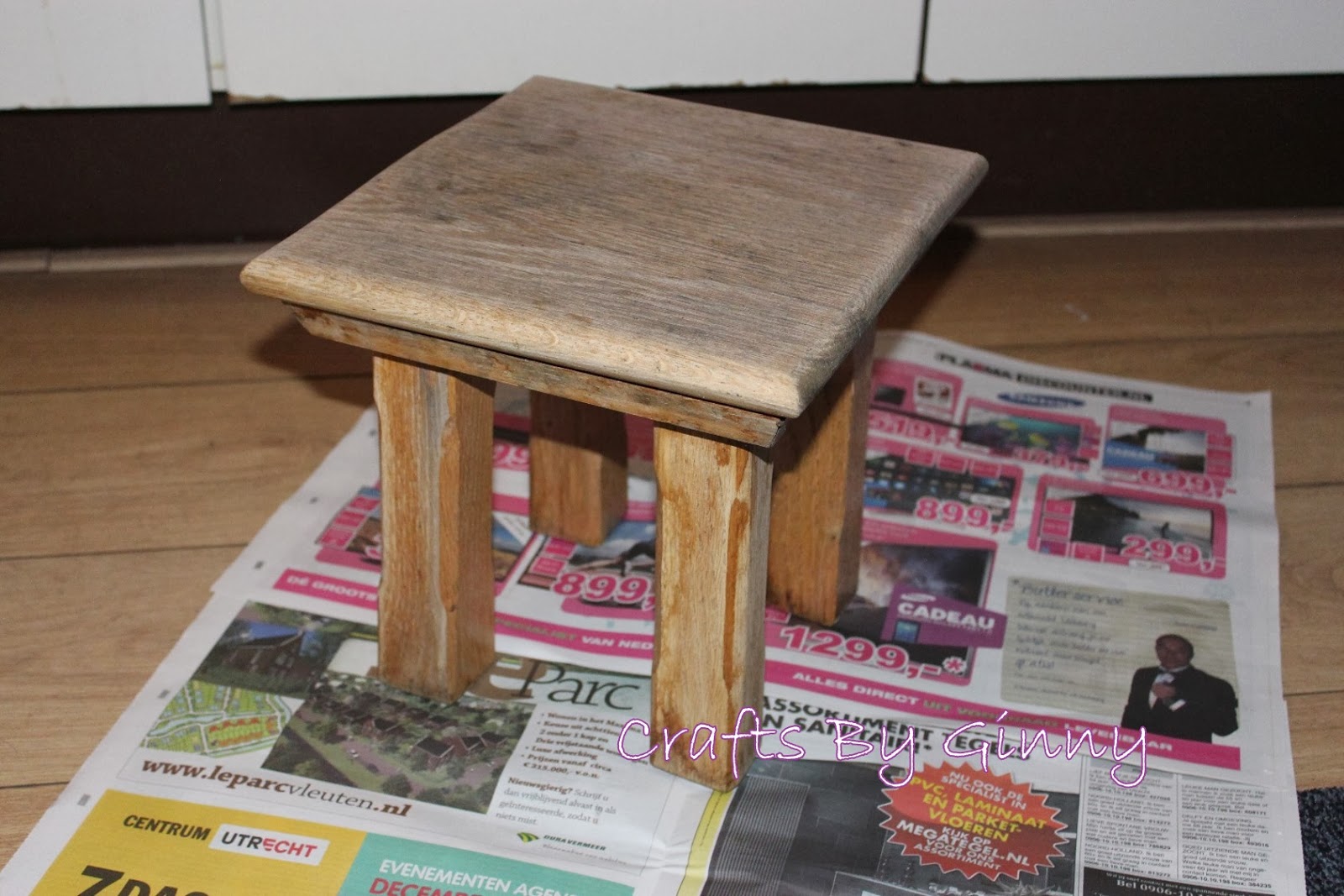 He looks a bit sad, doesn't he? First she sanded him, and then she put on layer after layer of paint. He liked the attention, and starting to glow more and more! 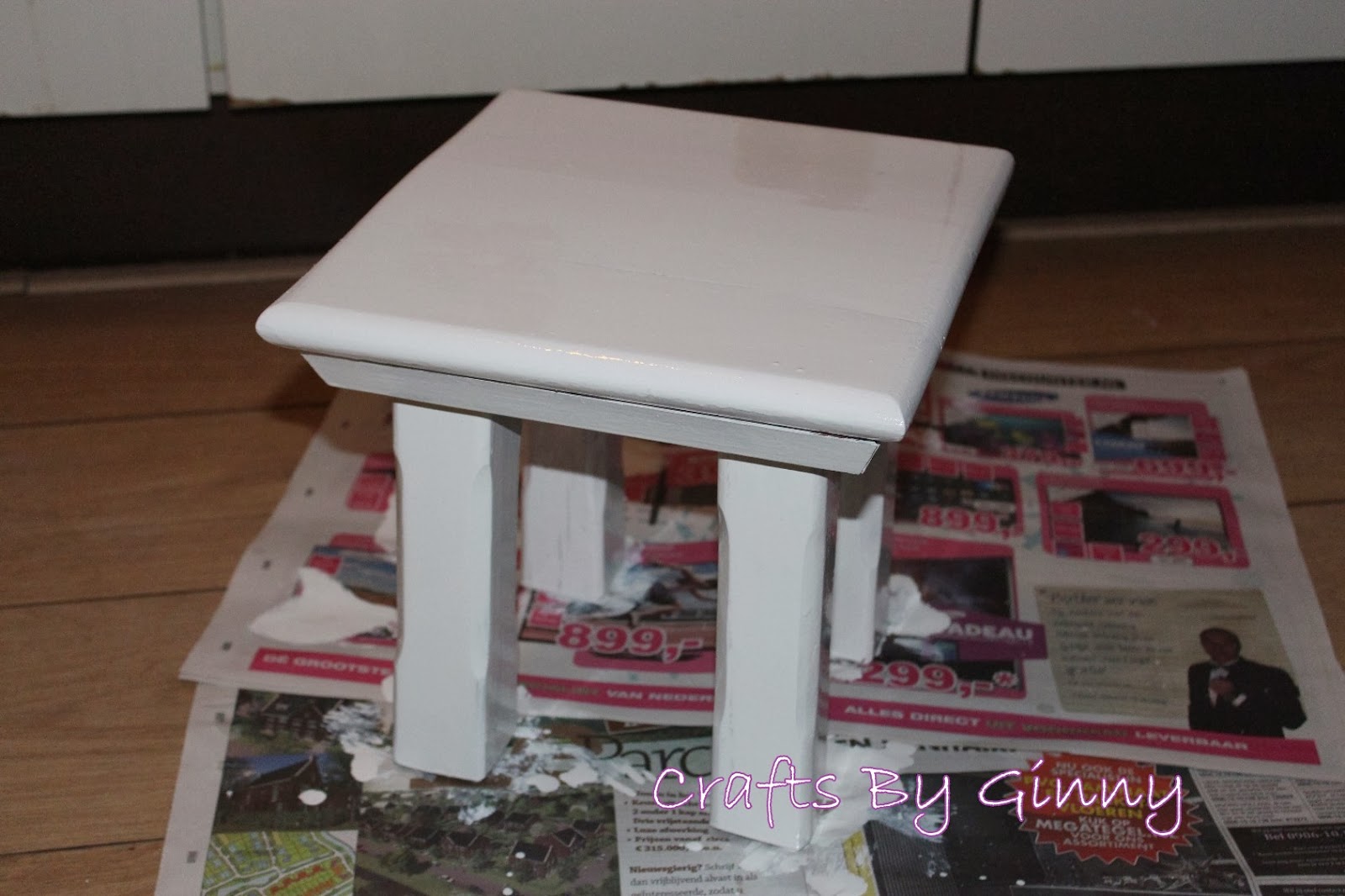 The stool was very satisfied with himself when he saw the result in the mirror. He was almost ready to show himself to the world. But the young lady stopped him, and said: 'you are far too nice a stool to be just plain white, I want to show the whole world your nice personality'. So the stool stayed for a little bit longer.

First the young lady started to draw shapes on this head, which he didn't like. He thought he looked ridiculous with just those few circles. 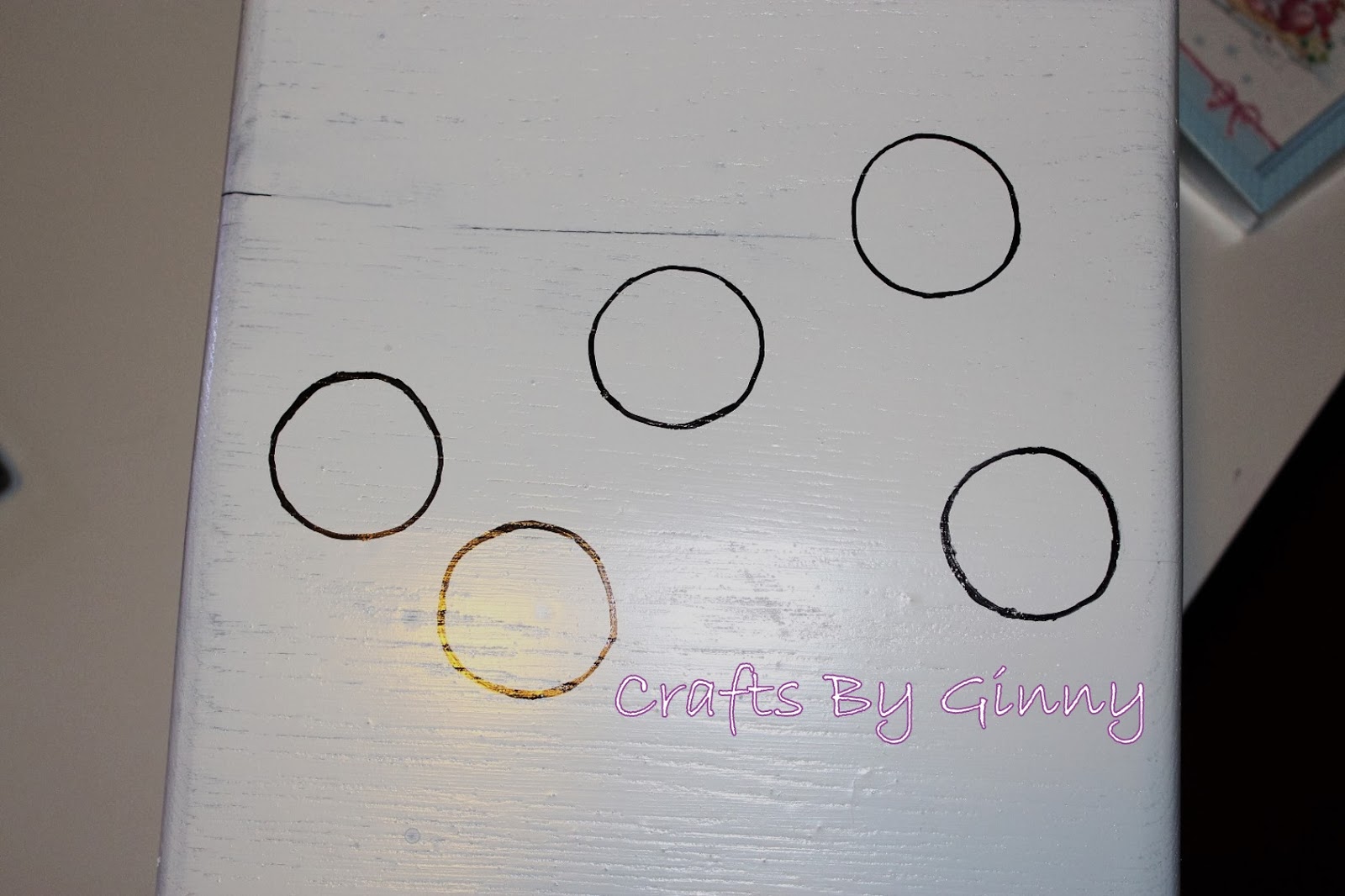 'Have faith', the young lady said. 'It will all be all right in the end'. And she continued to draw more shapes on the stool. It tickled, but he tried to stand very still. When the stool saw himself in the mirror a few hours later, he had to admit that this was definitely an improvement to all the weird shapes. 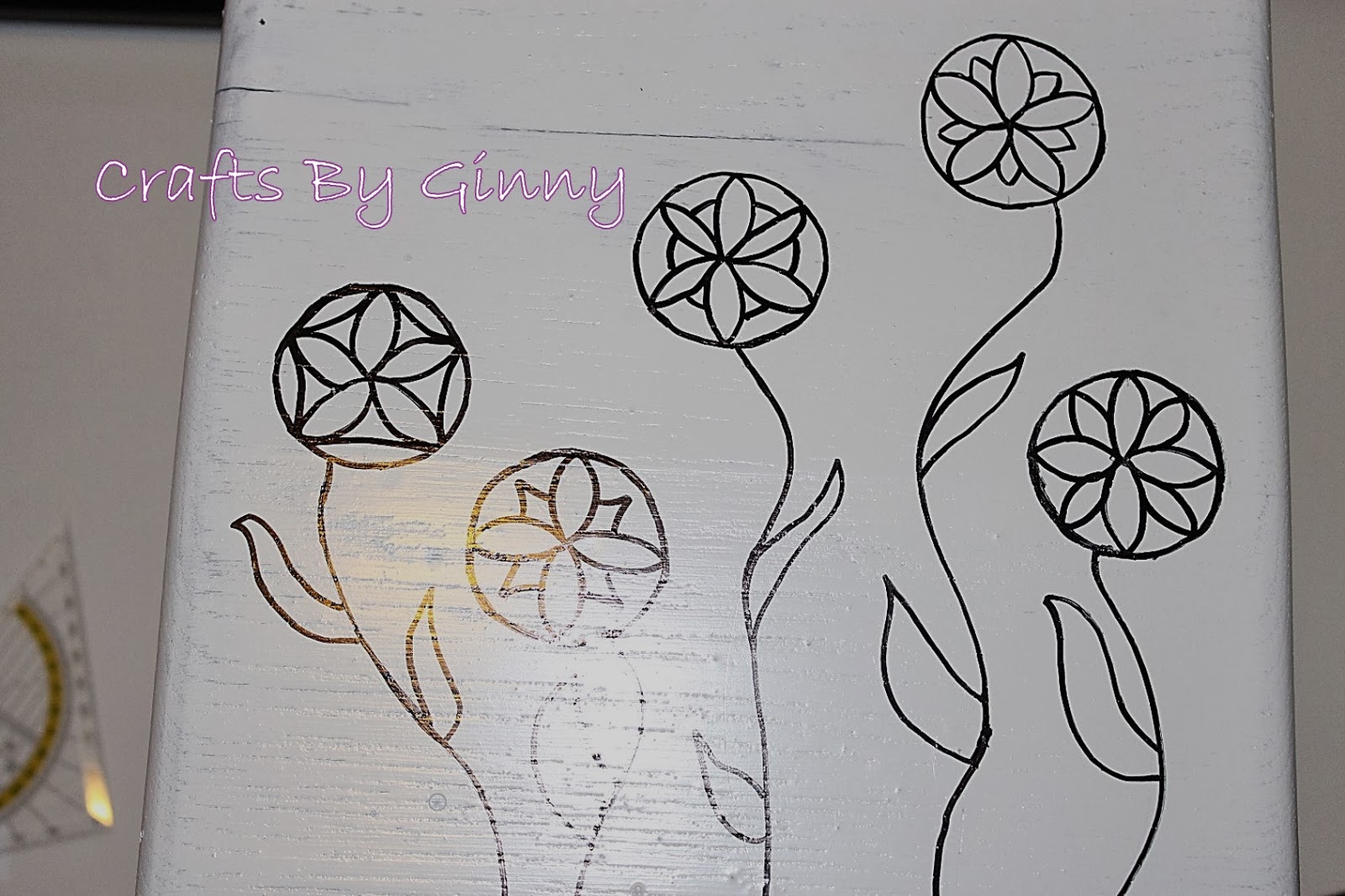 With a small sigh he said to the young lady: 'is this how you see me? I understand and like the flowery thingy's and the suggestion of a mandela, but I feel so gloomy in black and white'. 'Do not fear, I'm not ready yet', the young lady said and she picked up a few colourful bottles. She mixed some colours, and started at it. 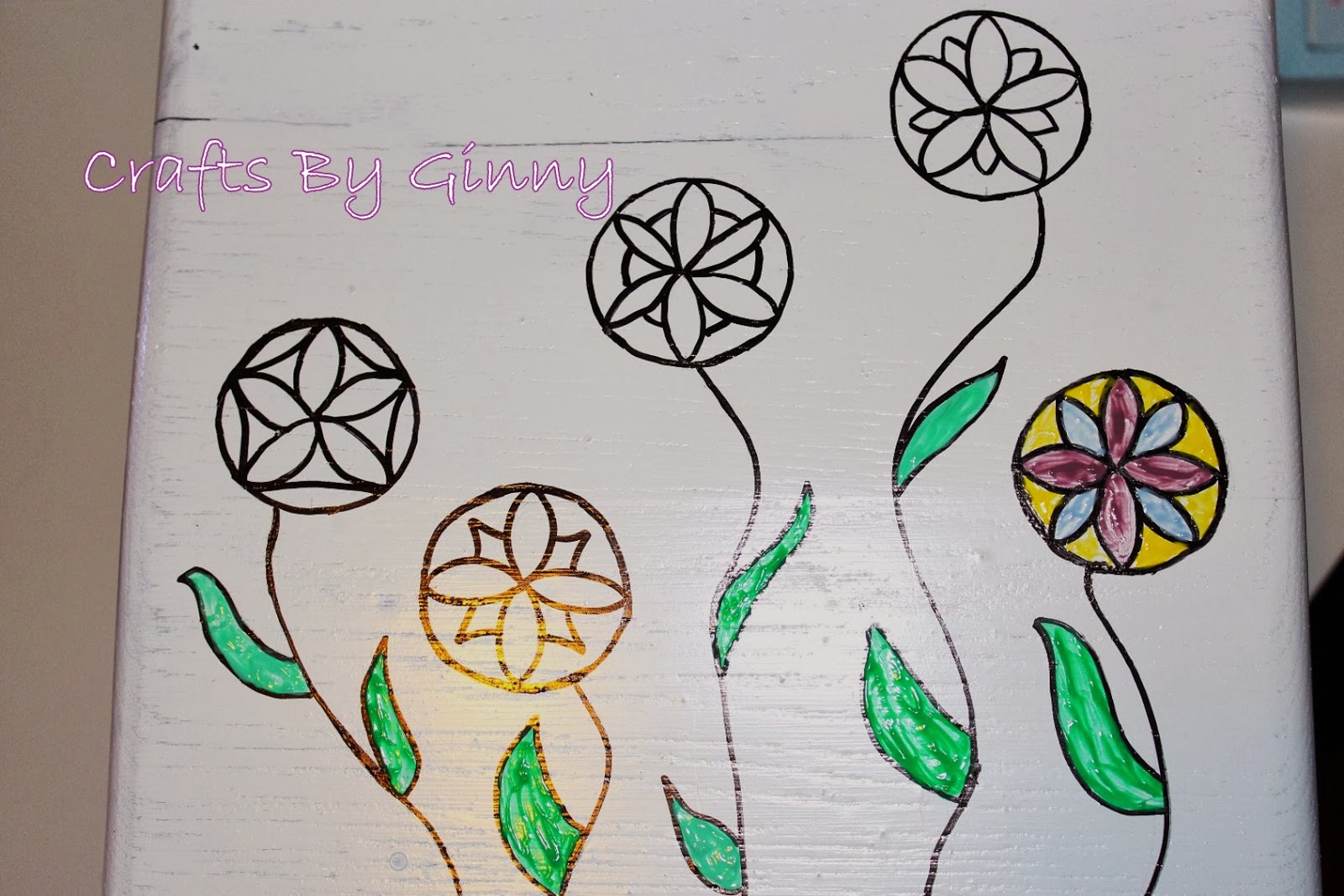 She worked almost all night, and when she was done, this was what the head of the stool looked like: 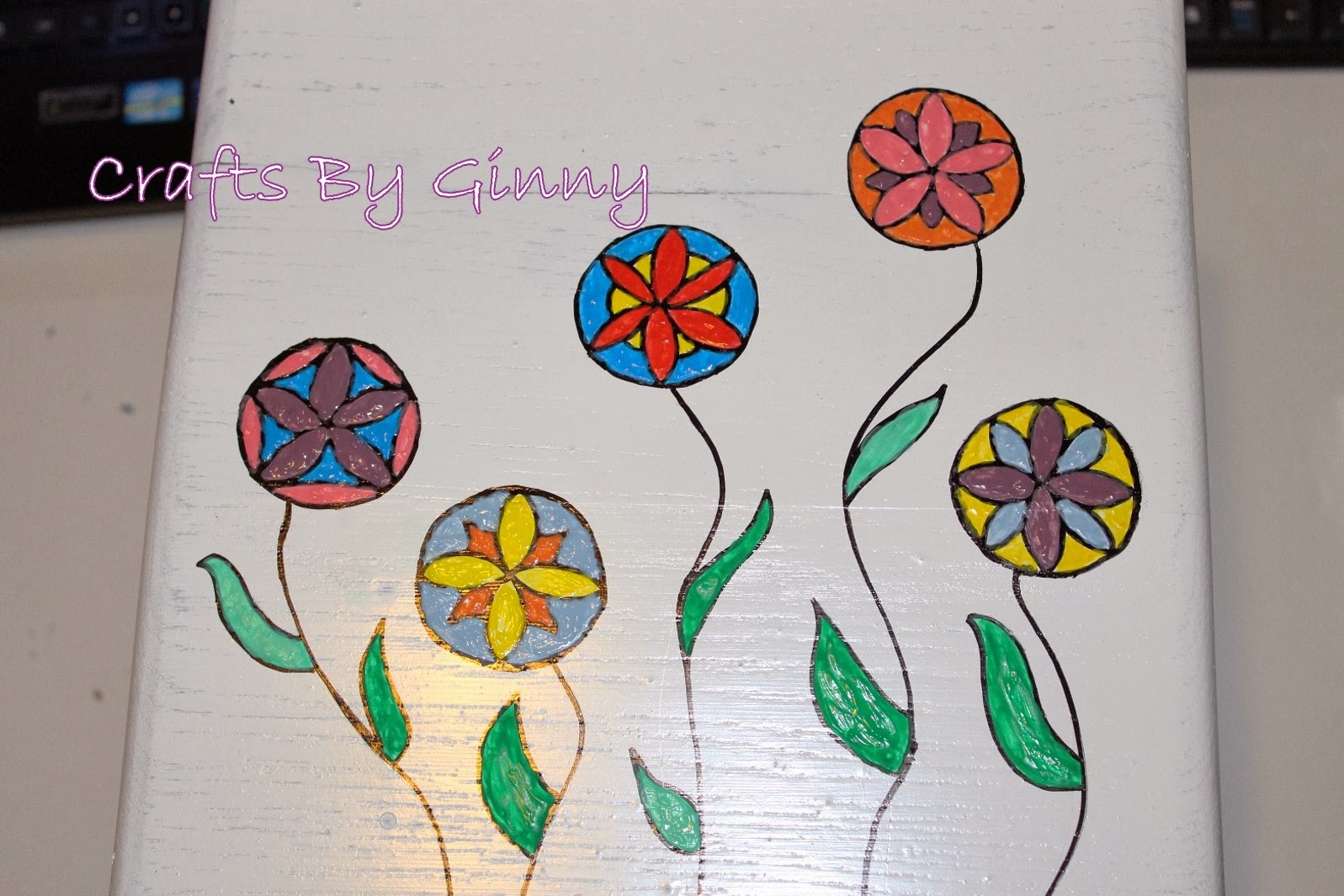 He was so pleased with the result that he hugged the young lady, despite the fact that the paint was still a bit wet. After a few days the paint dried, and he pondered his future. He felt so confident now that he had beautiful flowers all over his head, and he smiled and danced and whistled the whole day. He decided he wanted to live with this beautiful young lady that he had come to know over the last few days. He wanted her so see him shine. And so this story comes to an end. But don't worry, beautiful stories almost never really end!